Credit cards transactions represent a $160 billion industry, and many critical aspects are regulated by the fine print agreements you probably have not read.

To credit card companies, it’s not sufficient that customers monthly pay their bills on time. Customers must avoid a variety of borrowing habits that lenders consider risky. And borrowing may be one of those habits. The interest rate may jump to 29.99% or higher from previous 11.99% or so, even if customer has never missed a payment and owed only $600, the rate usually increases because the issuing bank regularly checks customer’s credit report.

Most consumers are unaware that the banks constantly monitor their borrowing behavior. Even if you simply get close to your borrowing limit (a figure majority credit card holders probably don’t know) on your cards, this action is sufficient trigger for your interest to go up. It has all been disclosed to you in the fine print.

Credit cards make majority of their profits not from the lending practices, but from various transaction fees. Visa card, for example, made $424 million profit in the last quarter of 2007, up about 70% from same period of time in 2006! With widely discussed IPO the banks that own Visa stand to make over $10 billion from it.

MAY CREDIT CARD DEBT BE DISCHARGED?

The balances due on credit cards typically represent so-called “unsecured” debts. This means that the borrower has not put up any collateral for the debt, as same borrower would for a car loan or a home mortgage. For the most part, credit card debt can be discharged in bankruptcy, as long as the purchases were not made fraudulently.

However, some credit cards may be “secured” because the purchased items themselves are considered as collateral. For example, a furniture store may issue “secured” credit cards for purchases made at the store. If a customer buys a dining room set at the store and puts the purchase on his “store” credit card, that dining room set would most likely have to be returned to the store in the event that the customer files for bankruptcy.

Being creditors in bankruptcy, credit card companies can challenge the dischargeability of certain credit card debts. Procedurally, while believing that the debtor filed a fraudulent application (made the purchases with no intent of repayment), the creditor may file an “adversary proceeding” or a “non-dischargeability action.” Some of the fraud determination factors that a bankruptcy court may consider in allowing a credit card debt discharge, including a cash advance:

HOW DOES BANKRUPTCY AFFECT A CREDIT CARD “CO-BORROWER?”

After considering the balance due and the debtor’s ability to repay, a credit card company may allow a bankruptcy debtor to keep that card is a debtor decides to keep a credit card debt. Of course, a debtor who decides not to get rid of a dischargeable debt will be responsible for repayment. The debtor therefore “reaffirms” that debt to the credit card company by promising to repay the debt instead of discharging it. 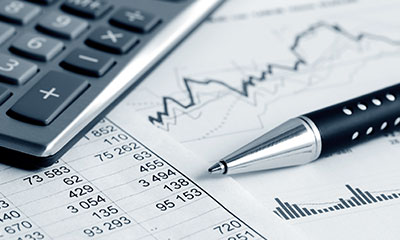